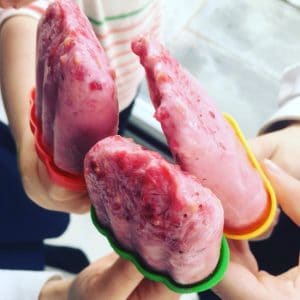 My tips & tricks for fussy toddlers & kids are a mixture of evidence-based practices and also what I have learned and tried myself as a mum. Obviously, being a Nutritionist I have strong beliefs regarding the importance of nutrition and feeding practices from a young age. I have worked in the area of infant nutrition and therefore learned a lot  regarding early feeding, food preferences, and how as a parent you can positively influence your child’s preferences.  Therefore, before I even became pregnant, I knew what I had to do to get my children eating broccoli.

Fussy toddler or not – the rule in my house!

It’s also possible they are just normal toddlers as opposed to a fussy toddlers!!

So, it’s possible your child isn’t a fussy eater but a toddler!! Think about it this way, did you like blue cheese, olives or even alcohol the first time you tried them? Probably not is the answer for most people, but we eventually acquire a taste. Also, if I blindfolded you and told you I was going to put a strawberry into your mouth but then I put an olive in, although you may actually like olives because you weren’t expecting that you will probably spit it out. Now think about it from a toddler’s perspective! Perhaps they are expecting the yummy pear you gave them at breakfast but then you go and give them parsnip, its not what they were expecting. Patience and persevere is what is required from here on in!!!!

If you would like to learn more about fussy eaters you can click on my next blog Fussy Toddlers – Part 2 or go to a reliable source for more info, for example HSE

Easy Healthy Treats for this Summer!